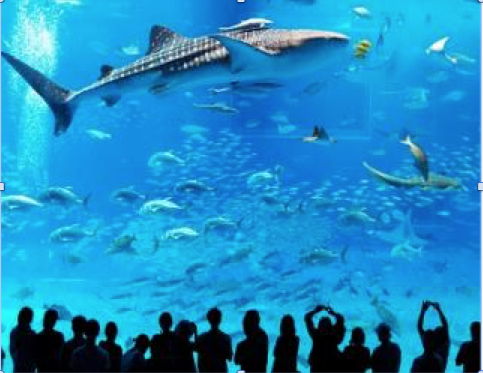 A TEXAS state aquarium in CORPUS CRISTI had a large fish kill in their major tanks. About 400 large and small fish like nurse sharks, green moray eels, spadefish, amberjack, tarpon, grouper and a sand tiger shark, plus many other small fish and animals over night. The aquarium was treating the water for a parasite from the trematoda family. Aquarium officials added the white powder trichlorfon, a common parasite treatment. They tested the chemical in smaller tanks with no problems. They chose to use the chemical in the bigger tanks. When the employee’s came in the next day they saw all the fish dead in the tanks. They had attributed it to a mislabeled container. The smaller container they used for the smaller tanks had the chemical to treat the parasites. The larger container was mislabeled and had a chemical for paint additives and film processing. It is also know as a carcinogen. The error is believed to been made at the distributor of the tropical fish pharmaceutical. Other aquariums in the area, across the United States and even in Singapore have been helping replace the aquariums losses.