In South Korea, Saemangeum land reclamation project uses a 20.5 mile sea dyke to reclaim an area of 155 sq. miles, turning coastal tidelands that are key feeding areas for globally threatened birds and fish into land for factories, golf courses and water treatment plants. The redevelopment is highly controversial. The completion of the sea wall, the longest in the world, has apparently destroyed a habitat that served as a stopover for 400,000 migrating birds and environmentalists are still campaigning for the wetland to be reinstated. 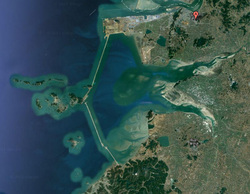 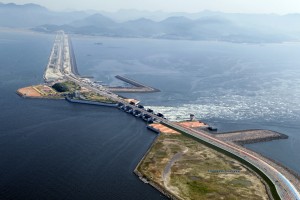 Saemangeum tidal flat, known as one of the famous estuarine wetlands in the world, is a rare habitat in itself to have high species diversity and biomass. Total 435 species of macro fauna were recorded in Saemangeum tidal flat. Considering that more than 50 % of oriental hard clams in Korea were produced in this area, it is not difficult to imagine how much Saemangeum project affects the coastal ecosystem and fisheries in western coast of Korea.

Saemangeum tidal flat is located in estuaries of Mangyeong and Dongjin River. More than 400,000 migratory birds including as many as 30 species of oystercatchers and plovers use this tidal flat as a refueling post for negotiating a 15,000-mile round trip between the southern hemisphere and south-east Asia, and breeding sites in Alaska and Russia. At the height of migration, over 150,000 waders from more than 25 species seek food at Saemangeum in a single day. The spoon-billed sandpiper  and Nordmann’s greenshank  face extinction as their remaining populations rely on the tidal-flats of the Yellow Sea and on Saemangeum in particular. 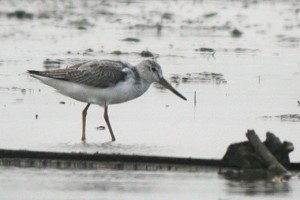 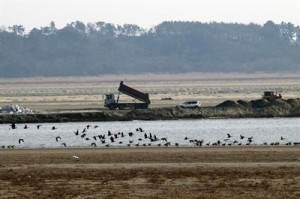 Saemangeum project is expected to give a negative impact to local fisheries as well as tidal flat ecosystem. The estimated area which can be damaged by the project includes 18 towns, where as many as 12,000 fishermen and their families live. They have caught seafood by ship or hand raking for a living. With the loss of some of the different fish species such as Croaker, flounder, prawn, hair tail and blue crab and clams. Also will change how they catch squid, saury, Alaska Pollack, yellow tail and red crab in the area. 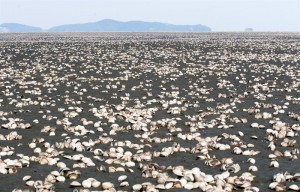 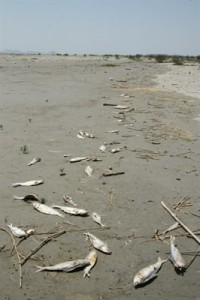 “This project is not about protecting the environment,” said Park Hyoung Bae, an official with the Saemangeum development authority. “It is about economic development. And we will do that in an environmentally sound way.”

The project it is to be completed by 2030. But at what cost? 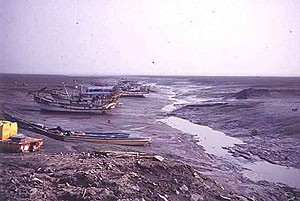 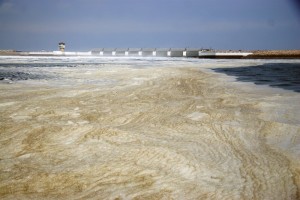 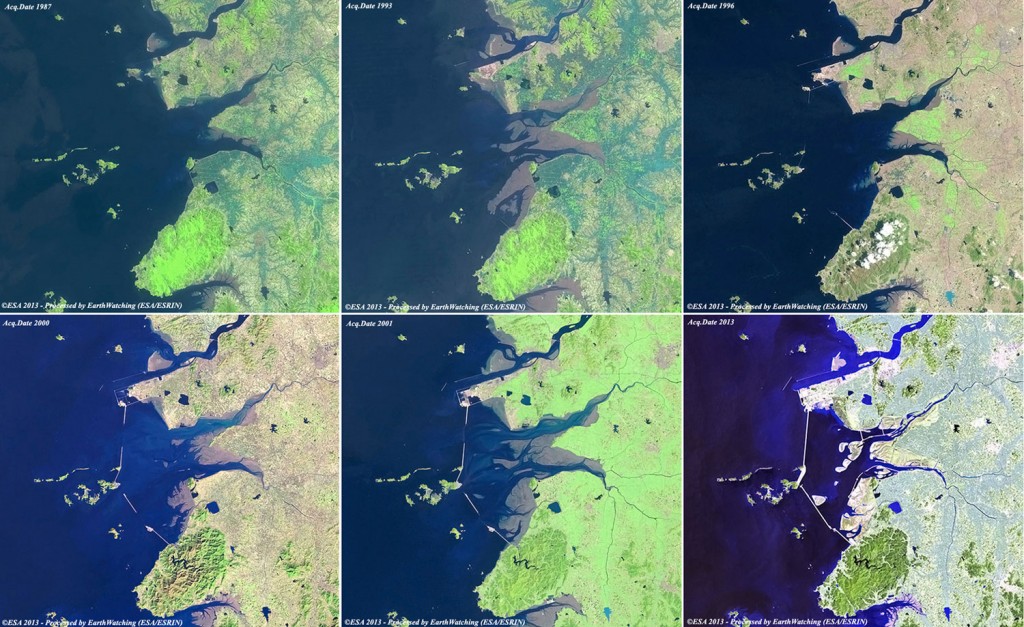 Video of the tidal flats and sea life: