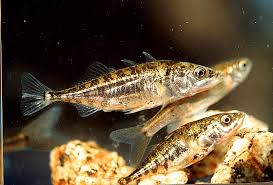 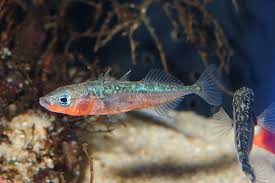 According to researchers from the University of Washington, with climate change occurring breeding behaviors have changed.   The Three spine stickleback is one of the species that occupies lakes in the Bristol Bay Region.   The research was originally to capture information on Alaska’s sockeye salmon.   They started doing research in 1963 and continued to 2015.   This research was done to track the abundance of juvenile salmon in the freshwater lake of Aleknagik. 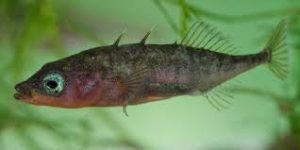 Samples were taken along the lakeshore with nets every 7 days at 10 different sites from June until September.   While tracking the sockeye salmon, they also tracked all other species that was caught.   Three spine sticklebacks occupy the same space and feed on the same food that sockeye salmon do.   Sticklebacks usually only breed once a summer.   Findings in the captured nets show to different maturities which means, two different breeding times.   Alaska’s climate change in spring thaw is double to the climate change in different areas.   We know we are getting spring faster and the summers a little longer than normal.   Sticklebacks are now proved to be breeding twice in early spring during the thaw and then again in late summer.   Researchers do not know if this will be a problem now but foresee it will become a problem in the future.