Information About a Humongous Shark:

Carcharocles megalodon, lived between 23 million and 2.6 million years ago, reaching body lengths of up to 18 meter.   Which makes it the largest shark in history. Now scientist have found that climate change was not the answer to the great shark’s extinction.   Researchers from University of Zurich have recently delivered a new finding about the ginormous deceased shark. 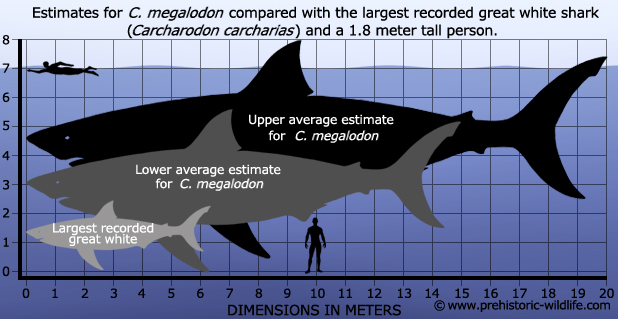 The researchers found 200 records from around the globe, to try an get a better image of why megladon became extinct.

In the end researchers found that lack of food resources and different evolving competitors made the great shark extinct.

“We were not able to ascertain any direct link between the extinction of C. megalodon and the global fluctuations in temperatures during this time. Changing climatic conditions do not appear to have had any influence on the population density and range of the giant sharks,” explains Pimiento. Their numbers did not decline in colder periods, nor did they increase significantly in rising water temperatures.

Why Is It Important to Know About History:

It is important to consider the past because, it is important to create the future by learning about the past. Fisheries and fish corporations developed new technology to recreate the past and learn more about past species. Which help scientists develop a better future. In contrast the future   provides information to learn more about historical events in the past, when humans were not yet on this earth.