The commercial herring season opened Wednesday March 16, 2016, which was more abruptly than in past years. Herring seiners had about 2 days’ notice to get ready for the Herring opening near Sitka. Alaska Department of Fish & Game Dave Gordon got on the radio for a countdown on channel 10 to announce the 2:45 p.m. herring opening along the shoreline of Kruzof Island, about 10 miles northwest of Sitka. 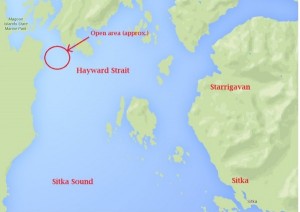 As of press time, fishing had not closed. But the openers are typically 2-3 hours, as seiners hone in on schools of large fish with adequate proportions of females. The value in this fishery comes from the egg sacs inside the females, which are stripped, salted and sold overseas in Asia.

There are 48 active permit holders in this fishery, which is very little compared to other fisheries here in Alaska. There is no question as to why ether. The price for a permit is $227,500 and this is not including the price to buy a boat and all the gear as well. These seiners are targeting 14,741 tons of herring this year and processing capacity limits fishermen to no more than 4,500 tons per day. 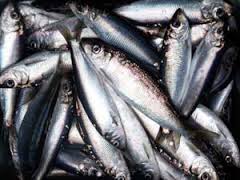 This is a hug fishery here in Alaska and it was a great surprise to all that it was to open so early based off of other years. This was due to the fact the Alaska Department of Fish and Game noticed the Herring showing up in great numbers. It was in hopes that starting early would make sure that everyone got a chance at the herring and that the herring wouldn’t be gone, ready to spawn by the time the normal herring season started. The commercial fishery is over when the guideline harvest level is met, or the herring start to spawn like stated above. 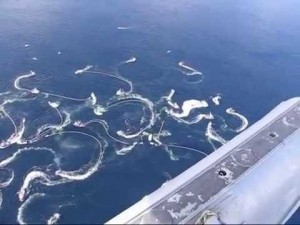