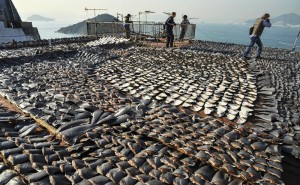 Shark fin soup is a very popular item on the menu in Asian cultures.   Though it may be tasty, it is very wasteful.   Typically, when a shark is caught for this dish its fins are cut off and the rest of the shark (still very much alive) is discarded back into the ocean.   Not only is this very wasteful but it’s cruel.   A finless shark cannot survive the vast open ocean.

The practice of shark finning according to National Public Radio (NPR) is decimating “species like silky, oceanic whitetip and dusky sharks around the world.’.   In recent years the shark finning market has declined but according to Shelley Clarke, an independent researcher, “the trade in shark fins may be down, the trade in shark meat, it turns out, is going strong.’ (Shelley Clarke, NPR).   Clarke believes that this is happening because the ban on shark finning has encouraged fisherman to take the entire shark to port and sell the meat and fins. 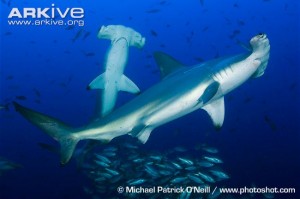 Shark finning is similar to elephant and rhino poaching in the sense that if the demand for the animals (or parts of the animal) is high, then individuals are going to disregard laws.     Due to laws not being very effective, conservationists are doing their best to educate the public on consequences of consuming sharks.   They are also highlighting the health consequences of consuming sharks, as the meat has a high mercury content.   Conservationists are doing their best to make the practice of consuming sharks taboo to save these animals.

Educating the public is a great way to go about this and experts believe that they will see a decline in the consumption of shark meat and fins.   This approach could also help other species with problems of exploitation.