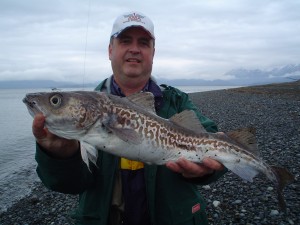 Pollock fish are the most harvested fish in the world currently and Russia takes in a big chunk of those numbers. In recent years people have shown to care more and more about where there fish are coming from and if it is sustainable or not. Alaska is known for its excellent reputation in high sustainable harvests and several companies have been labeling their products as Alaska Pollock even though they were fished by Russians in Russia. They got away with this due to some sort of loophole through the FDA, however many US representatives and senators have filled a formal request to change this. This is a big deal because Russia and Alaska have very different standards to how they fish. Russia Pollock is fished on a unsustainable boom and bust cycle due to heavy over fishing and no management, where as Alaska has strict by-catch laws and harvest limits and seasons that regulate Pollock and other fish in order to protect and preserve a sustainable yearly harvest. Sadly 30-45% of Pollock in the US is from Russia even though it might be labeled as “Alaska Pollock’. Hopefully we can get this labeling figured out so we can choose to consume only sustainable Alaskan Pollock instead of the sketchy Russian stuff.

One thought on “Alaska Pollock from Russia?”