According to a new study Great White Sharks take much longer to sexually mature then first thought.  Male great white sharks take 26 years and females take about  33 years to be ready to have baby sharks known as pups. That’s a big difference from what we previously thought which  was that females reach maturity somewhere between 7 and 13 years of age and that males can start reproducing when they’re between 4 and 10 years old. This means that Great Whites are much more  vulnerable to threats because it takes them so long to mature. I am surprised that they take even longer then we do as humans, also in humans its girls that mature faster then males and its the opposite with Great Whites. Pretty interesting! 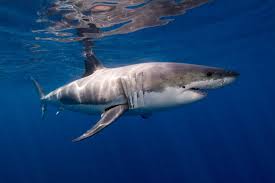