Since 1976 there has been major Sac Roe Herring harvests in southeast Alaska along with Bait and spawn on kelp fisheries.   Through o 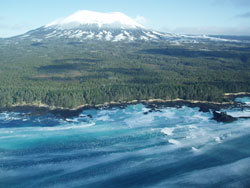 ut the last few years we have seen these populations decreasing and many of the fisheries being closed down.   The major openings for the Sac Roe fisheries in southeast are four gill net locations in the Revilla Channel, West Behm Canal, Seymour Canal, and Hobart/Houghton.   There are also two purse seine fisheries, one in Lynn Canal and one in Sitka Sound.

ADF&G and BOF have set regulations on opening these fisheries by estimating the biomass of returning mature adults. In recent years many of these figures have been lower then the specified amount required to open for harvest.   Even as some fisheries have opened, they have also been close down very quickly if the first day harvest quota was more than expected or sometimes even just after a few minutes.   So far this year ADF&G has closed Semour, West Behm, Kah Shakes, and Hobart sac roe gillnet fisheries due to small or no spawning biomass. The Hoonah Sound Spawn on kelp fishery has also closed for the second year in a row.

Some speculation of why t

he number of Herring in these areas are retreating have been going on.   One biologist, Eric Coonradt speculated that a couple years ago the herring got hit by disease, and it seemed to hit many different age groups through out the schools.   This density dependent mortality could account for the smaller number of returns.He also mentioned that the herring may also have shifted spawning grounds. The ADF&G profile website also explains that habitat lose is a huge threat for spawning Herring. Stating that the habitat has been destroyed by dredging, construction, oil spills, and decreasing water quality.

Will closing down some of these fisheries help bring back herring populations to Southeast Alaska? Will more environmental measures have to be done to keep there spawning grounds unaltered?   Or have they just simply moved on some where else? 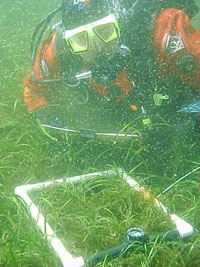 This is an intense fishery, check out the video below:

Hoonah Sound herring-spawn fishery to close for a second year