On March 22nd 2014 an oil tanker in the Gulf of Mexico near Galvenston Texas released over 168,000 gallons into the ocean. The outcome looks bleak for the bay and researchers predict a down fall in the natural fish populations. It is altogether a huge resource for the commercial as well as the recreational fish industry.

Researchers are worried about the shrimp population, which are now just starting their reproduction cycle and larvae should be moving locations in the bay soon. Health inspectors have not decided whether or not it will be safe to harvest any fish from the bay yet. 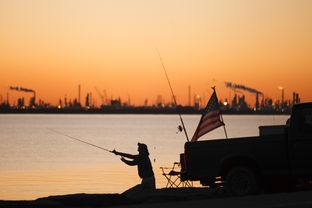 Recent research from the 2010 spill has just come to the surface as well proving that there were long term effects from that spill, which doesn’t give the people in Texas much hope about this spill.

Hi my name is Abby, I am a sophomore, my major is Biology and I grew up Talkeetna, Alaska and I will be here for the spring semester. I transferred back to Alaska after going to school for a year in Durango CO at Fort Lewis College.

One thought on “Oil Spill In Texas”