Mining crude oil and fishing are both the leaders in sustaining alaskas economy, but they dont mix together very well at all. Oil spills are a detriment to the oceans all over the world, and unfortunately they occur quite often. A single oil tanker can dump millions of gallons of oil into the ocean in a short amount of time and the damage is devastating to the communities that an oil spill effects. Fortunatly there is hope, after twenty years the small town of Cordova, Alaska, situated on the eastern shore of Prince William Sound is being able to see a light at the end of the tunnel.   On the 25 of march 25 years ago the oil tanker exxon valdez crashed on a reef outside of cordova. No human life was lost but the lives of an enire ecosystem and the lifeblood of the 2200 citezens that lived there. The oil spill covered eleven thousand square miles. Exxon in attempt to clean up the mess and get the good graces of the fisherman who’s livlihood was just demolished hired them for clean up crews . The spill ended up costing exxon over four billion dollars. The herring fishing has not returned back to normal and the whales have not returned to the waters, but there is still hope. Salmon, Halibut, and cod are still available for the fishermen, and the town now has one of the best oil spill response teams in the world. After a long 25 years Cordova, Alaska has gotten back on its feet and is ready to return to the waters and begin where they left off. 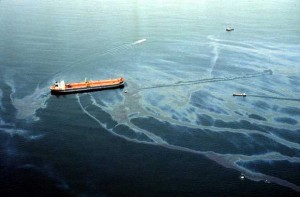