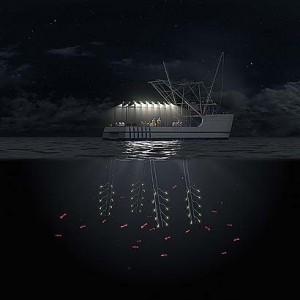 This article was about how the Jig Fleet in Kodiak will be able to fish for Pollock during what has traditionally been their Pacific Cod season. This is a the first year they will be allowing fishermen to Jig for Pollock in State as opposed to federal waters and it is considered a “test fishery’. This decision came as result of requests made my Kodiak jig fishermen to the Alaska Board of Fish, who created these provisions during their meeting in January. In the past, openings for Pollock fishing in federal waters occurred during the winter when the jig fleet was unlikely to participate. Any Pollock caught during their Pacific Cod fishing season was considered by catch and fishermen were unable to deliver it along with their cod. The data from this test fishery will inform decisions made by the board during their next session about a more permanent Pollock fishery in state waters.

I found this article interesting after learning that Pollock was such a huge international fishery in this weeks lecture. Obviously this smaller fleet, using jig gear instead of more traditional methods for catching Pollock (such as trawls) will bring in a much smaller volume of fish than fisherman in other parts of the world. I wonder if this will create a new market for Pollock-a higher quality product, maybe at a higher price? This situation exists for salmon in Southeast (Troll vs. Gillnet caught salmon for instance) and it will be interesting to see if Kodiak Jig Caught Pollock will create a more diversified market. Other unknowns might prove detrimental to fishermen like the fact that this fishery is occurring during a time of the year when major processors don’t traditionally buy Pollock could prove to be an issue for the fishermen.