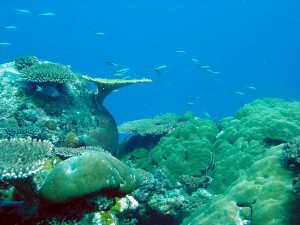 The Republic of Palau, a small island nation just north of New Guinea, is throwing its support behind a new technique to protect their vital fisheries.   You see, the people of Palau depend on tourism for most of their nations GDP, and unlike many other nations in the Pacific Micronesia area their reef system wasn’t exploited to dangerous levels. In fact they have one of the most pristine reefs in the region, which makes their country a favorite spot for maritime tourism, mainly scuba diving. In recent years though, people have been noticing that the local fish populations seem to be diminishing.

How did they go about confirming this suspicion? Truth be told, they couldn’t.   Gauging the health of a fisheries takes many years of collecting samples in order to build up a cohesive idea about the health of that fishery. It is a large and usually expensive undertaking that many developing nations, like Palau simply can’t afford. 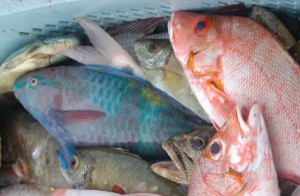 The clever solution, as it turns out, was to teach the fishermen how to gather the data themselves.   By teaching them how to log the gender and size of the fish scientists were able to build a usable model of the reef system around Palau.   They found out that a majority of the fish being caught were juveniles and had not yet had a chance to breed, which could account for the diminishing population.   Thankfully many communities are now taking steps to protect their local resources now that they have the information they need and even firsthand experience with the effects fishing has on their livelihood.

Fishermen In Palau Take on Role of Scientist to Save Their Fishery- Carl Safina of Blue Ocean Institute in Ocean Veiws on November 5, 2013

5 thoughts on “Palau Educates Fishers to Save Fisheries”