This isn’t a very long article but I thought it was very relevant, especially to previous lessons we have had concerning PSP.   It is especially relevant because it is about Alaska!   Last week there was three cases of PSP in Alaska, one from razor clams that were harvested from Admirality Island and the other two cases were from a couple of people that ate butter clams from Lincoln or Ralston Island.   All three cases had the same symptoms which were numbness and tingling of the lips, tongue, face and eventually hands which started a couple of hours after consuming the clams.   The article says, “According to the state of Alaska’s news release, locally harvested shellfish-including clams, mussels, oysters, geoducks and scallops- can contain paralytic shellfish poison.   Crabmeat is not known to contain the PSP toxin, but crab guts can contain unsafe levels of toxin and should be discarded.’   This article alarmed me because My family used to always go down toward Juneau and get razor clams and can them every couple of years and it is scary to think that we could have gotten PSP too!   I guess we were really lucky to not have that happen to us. 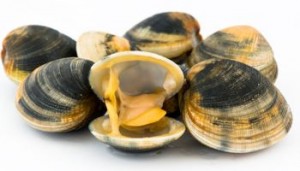