Many concerned citizens are calling in reporting dead fish lining the river banks of the Mississippi in Davenport, Iowa. Fish kills are usually not taken lightly, but in this case, they are not too big of concern.

Gizzard Shad Fish are very dependent on their environment. If there is a large sway in the temperature, they end up lining the river banks. The local Fish and Game department says this is nothing new. These Gizzard Shad go through seasonal kills each year, some more than others. Davenport is about as far north as they travel, and when the temperatures are warm they thrive. But as soon as a cold year comes through – they die by the masses.

The Fish and Game department isn’t really concerned about this at all. They mentioned that many species thrive on the kills – other fish, birds and wildlife. And if

other fish species started to wash ashore with them, they would immediately investigate the cause.

But, other than the stink of rotting fish, this community doesn’t have anything to worry about. 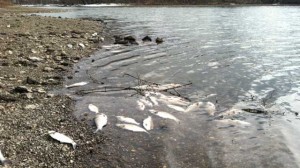 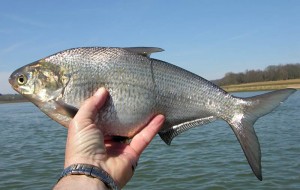 One thought on “Fish Kills along the Mississippi River”