*Spoiler Alert! Some slightly naughty language may be used here* 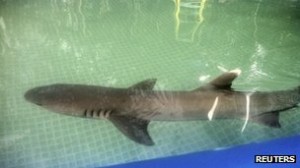 This is one  those stories that really pisses me off about people and multinational corporations. They’ll do anything to make money.

In Los Angeles, CA on March 6, a white-tipped shark died in captivity. His purpose? To star in a Kmart advertisement.  The article stated that the 5 foot shark became overwhelmed and very stressed when the actors were jumping in and out of the pool.  While specialized veterinarians were on staff, and did everything possible to save the shark, he did not survive.

This article was clearly written with the thoughts of People for the Ethical Treatment of Animals (PETA) in mind. While I am definitely not a “PETA” type of person (I hunt, fish and enjoy a good steak) – I harvest humanely.  Humane treatment of these animals has been a HUGE problem for quite some time (and not exclusively sharks). A white-tip shark’s homeland is literally AN OCEAN. It is simply impossible to recreate this setting in a captive environment. For starters, the noise a simple water filtration system makes is enough to cause lethal stress in dolphins (Documentary: The Cove) – so imagine having a bunch of actors splashing about. Yes, more than enough stress to be lethal.

The capture of these large ocean-dwellers for entertainment purposes is horrible. From companies like Sea World to Kmart – they are all in it to make money and probably only care about the bad publicity that will come from a death like this one. Which is incredibly saddening.

For those of you who have not watched or heard of “The Cove“, I HIGHLY recommend it. It is about the secretive slaughter and sale of dolphins for both food and entertainment in Japan. 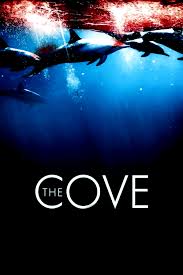 3 thoughts on “Shark dies in making of Kmart Ad”