The Board of Fisheries et recently in Anchorage, AK to discuss several proposals to change and or revise current policies regarding state subsistence, sport, and commercial fisheries, submitted by fishermen and others from around the state and beyond.

The Alaska Board of Fisheries is made up of seven members that are appointed by the governor and must be confirmed by the Alaska State Legislature.     They deliberate over changes to regulations based on the region schedule, which is three years long.   Which means every region and fisheries gets discussed on a three-year cycle.

On February 26- March 4th of this year the Board met and discussed mostly the Alaska Peninsula/Aleutian Islands Areas (better known as Area M) salmon issues.
However, some non-Area M proposals were considered. 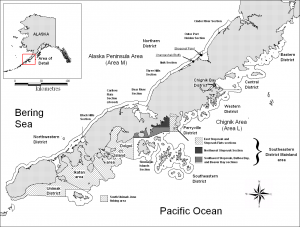 Area-M seiners and drifters lost 64 hours in their June Salmon fishery, very little changes were made for the Area-M July fishery save for changes to start and end times, no time was added or lost.   A proposal that deals with sockeye caps that was submitted in April 2012 without the benefit of the Western Alaska Salmon Stock Identification Project study (WASSIP)**that was recently released in November 2012, was considered, but failed and will likely reemerge in the future. 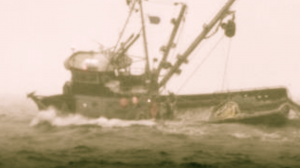 **The WASSIP study is geared to measure the stock composition and harvest rates of chum and sockeye salmon across Western Alaska from Chignik to Kotzebue.   The study produced an enormous collection of information. A study of this magnitude has never been compiled in this manner before.   It is a historical document that will be used for years to come whenever Western Alaska Salmon fisheries are concerned.

Some may argue that the study shows that way less Chum and Sockeye destined for Bristol Bay and AYK are being intercepted by Area M fishermen than previously thought, some maybe argue to the contrary.   There is too much information to make any determinations at this point.