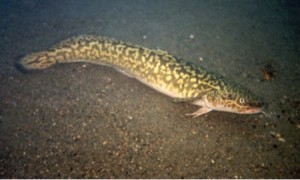 Burbot males tend to be smaller than burbot females and females mature faster than males. Adult burbot are about 24-36 inches long.   They weigh around 8-15 pounds and the Alaskan record being 24 pounds. 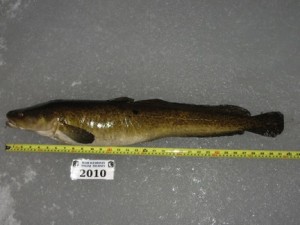 Promiscuous.   Spawning season is mid-winter into early spring when ice still covers their habitat.   They spawn in pairs and sometimes in a group of many fish.   They spawn in shallow water over sand or gravel.   The sperm and eggs are released into the water and are thrashed around by the burbot and eventually fall to the bottom.   Females can lay up to 1 million eggs.   Embryos develop for 4-5 weeks and hatch at less than 0.15 inches. 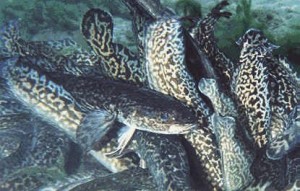 Young burbot eat insects or other invertebrates.   Around five years of age they eat mostly fish such as whitefish, sculpins, lampreys, and other burbot.     At times they may even eat mice or shrews. 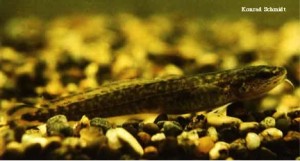 Where can you find burbot?

Burbot is common in streams and lakes in North America and Europe.   They are found above 400N latitude, giving them a circumpolar distribution.

Burbot like to live in cold water usually including cold rivers, lakes, ponds, and streams.   They often live in the coldest water (on the bottom) and go to more shallow water to spawn.   They like to reside on different types of ground including mud, sand, gravel, rubble, and silt.   Burbot do not always change their habitat preferences over their life span, but adult burbot usually burrow in the sand/mud/silt during the day for protection, and hunt at night.

Where Northern pike and burbot live together, they are known to feed on each other.   Many other fish living in the same habitat as burbot are known to feed on small, larval burbot or immature burbot.   In some places the sea lamprey feeds on burbot as well.   Humans are also a threat to burbot due to fishing activities. 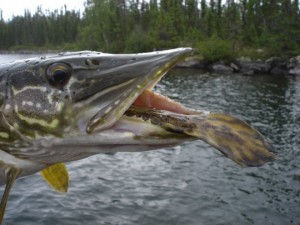 How much time does it spend over various aspects?

Burbot hide during the day by burrowing in the sand/mud/silt/gravel to protect themselves from potential predators.   They are active at night when they feed and often move to shallower areas to feed at night. 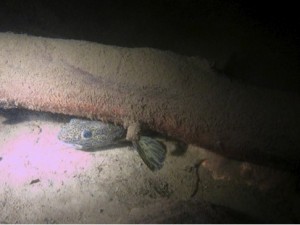 “Ugliest fish I’ve ever caught, slimiest too, but tastes just as good, if not better, than most fish I’ve caught’

“In butter and garlic it tastes and feels like lobster!’

“Sit around and wait to catch a burbot on a fishing pole during the day? You’re hilarious!’ 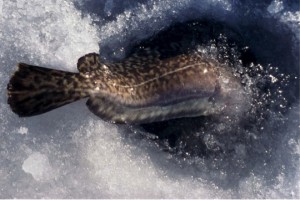 Many use this method of fishing for burbot because several hooks can be put on a line and left in an ice fishing hole over night.   This method is fairly simple and not as time-consuming as sitting at the ice fishing hole with a rod for the entire day.   Multiple burbot may be caught as well. 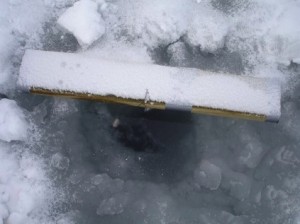