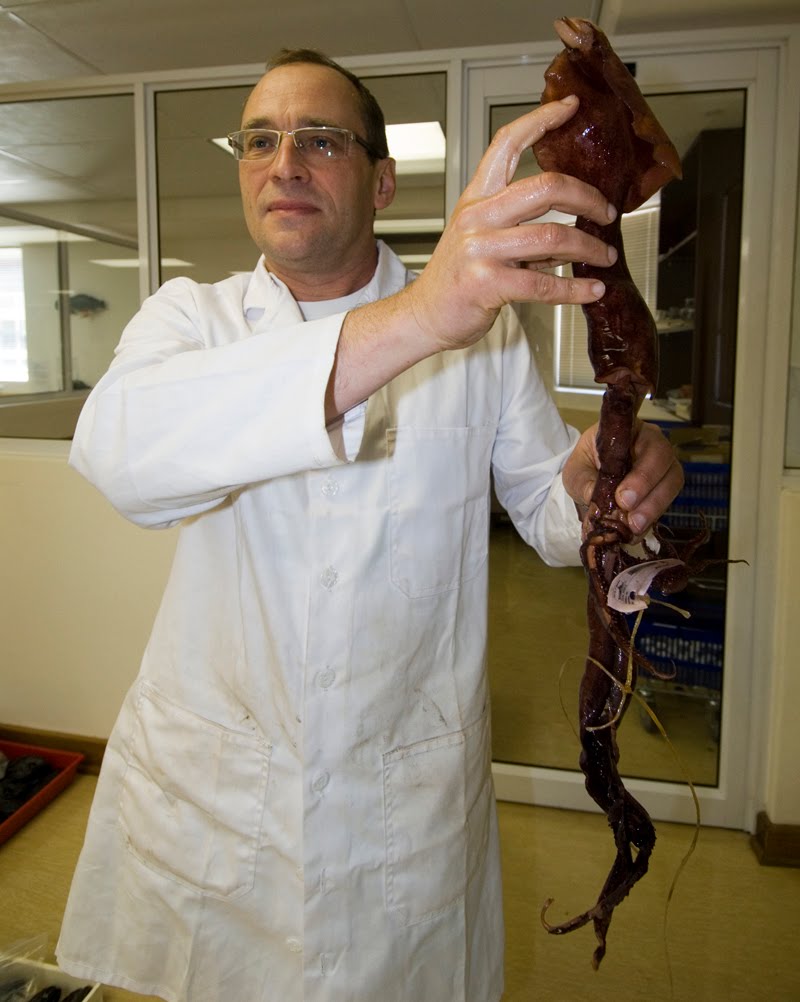 Posted by Tyler Ray:   A new large species of squid, 70 cm in length, was discovered this week as scientists continue to work through specimens collected from the IUCN-led Seamounts cruise in the Southern Indian Ocean.   This squid is in the chiroteuthid family which are generally long and slender squid capable of brilliant bioluminescent displays.   One neat feature of this squids ecology is that it uses club like photophores along it’s arms as lures to catch prey (much like an anglerfish).   This is just one of 70 new species that have been described as a result of this cruise which accounts for 20% of the worlds squid biodiversity.   This is pretty simple fish news here, but to those who are interested take a look at the links posted here.   There are some pretty cool photos of some deep sea fish!   For now the scientists associated with this study are continuing to work in order to uncover some of the mysteries of the Indian Ocean Seamounts.   What will we find next?