Posted by Tyler Washburn:   A little briefing on sea turtles… As you may or may not know, turtles lay their eggs on land, and, several months later, they are born and have to venture to the sea. Only about 70 % make it to the safety of deep waters. My post is about a study done by David Booth from the University of Queensland to see the rate of oxygen these baby turtles are consuming during their swim for safety. Booth’s study found that the first day they were generating forces of 45 millinewtons. Then, as time went on, it dropped to 35, eventually leveling off at 20 millinewtons after 12 hours. He calculated that they consumed a mean of 4.79 Kilojoules during their 18-hour swim. What he got out of these data was that, on average, a freshly hatched sea turtle can only be expected to survive two weeks without eating at their rate of intake. 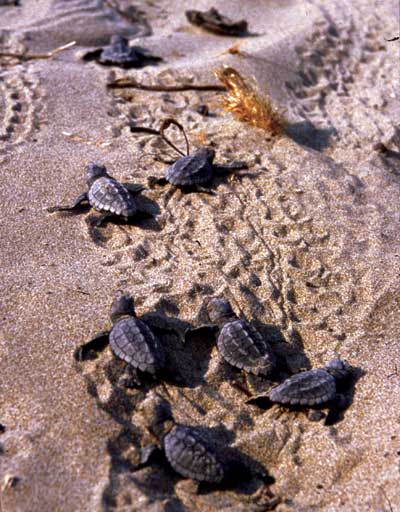