By Nicole Farnham:   Vancouver, August 27, 2010:   Scientists still do not know what to expect when the fish return from the sea every year.   This month in August, the largest fish return took place; this has not happened since the days fisherman used rowboats.   Last year, only one tenth of what was expected on Sockeye Salmon returned to the Fraser River (around 1 million).   Now, one year later, 25 million fish show up to spawn in the Fraser River.   However, “one good year is not a comeback,’ according Bruce Cohen.   There has been a study on the Sockeye Salmon since the early 1990s about how their population is decreasing.   There have been warnings about the effect of global warming, pollution, and sea lice may have an effect on these fish, but now scientists think it is to soon to actually have any ideas.   With such a big return of fish to the river it has really given scientists a chance for new research studies.   Creating a management plan for these fish will be hard because we still have so much to learn.   To see the original article:     https://groups.google.com/group/afs-fisheries/browse_thread/thread/3461e25c516386dd/b69f1e82226e37ed?show_docid=b69f1e82226e37ed 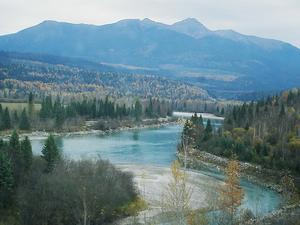